Recently it was announced that Google Chrome will no longer have the suspender extension. Which allows users to recover tabs that have been closed accidentally. The reason why Google decided to block this extension is because of malware discovered.

The extension has been removed from the Chrome Web Store. And any of the links leading to it will now lead you to a 404 gateway. 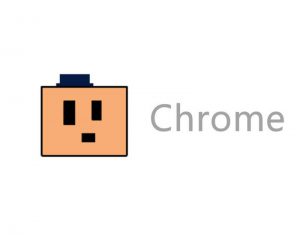 Many are worried that the blocking of this extension will lead to them losing their tabs. But the internet is full of possibilities and Reddit users have discovered a way to recover tabs without the extension.

The Great Suspender  extension was a very popular extension from Google despite having malware. It allowed users to browse the internet smoothly and the automatic recovery to shut down tabs was for many a lifesaver. It allowed users to pick up where they left off and that was the ultimate productivity tool available to users on Google.

Google Chrome is known to take up too much of the computer’s memory. And this extension allows tabs to load faster which was a great facility for users, especially those of us that have lots of tabs running at the same time (guilty!). Chrome also has a warning for all those that were using the extension.

Here’s how you can get your tabs back now. It is tedious but it works. Go to the open tabs and click into the URL bar. You will see a lot of text. Go to the end of the page address and delete everything you see before the URL. Now press enter and you will find yourself exactly where you left off.

Another way to get your tabs back is to search Chrome’s history. This allows you to search for the extension’s ID, open tabs, and then remove the text that comes before the URL. We understand that this may not be the smoothest procedure. But it is a great way to recover tabs now in the absence of The Great Suspender extension.

Google’s developers have yet to comment on the absence of the extension and divulge their plans to come up with a new and improved version of it.